skip to main | skip to sidebar

Judge to Phil Collins: No Jacket Required, But Pants Must be Worn 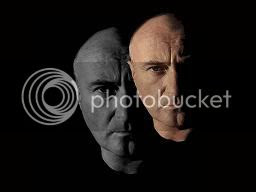 LOS ANGELES - A Los Angeles Superior Court judge ruled Monday that when within a thousand yards of a human, Phil Collins must be clothed from the waist down.

The singer, whose 1985 album No Jacket Required was certified Diamond for U.S. sales of over ten million copies, had planned to release a comeback album entitled, "No Trousers Required." The proposed record has drawn outrage from church groups, parent-teacher associations, and PAX Television stations nationwide.

Tom Royco, of the Christian think-tank Pious Prudence, commented that this type of behavior is typical of Collins. "We all saw the video for "Take Me Home." He cruised around town in a hot tub limousine wearing nothing more than a speedo. I'm not interested in seeing his man-tits, and I'm certainly not interested in what's below the border."

It's reasonable to believe that if Collins had succeeded in moving forward with his planned album, it could have caused mass panic and hysteria. Following the release of No Jacket Required, Planet Earth saw a sharp decline in the jacket and sport coat market.

The ruling marks the second setback this year for Collins, who saw disappointing sales for his Middle Eastern-themed album, No Tunic Required.
Posted by Dan Dove at 12:25 PM

Dan Dove
Born on the banks of the Uralava River in Rapala.